I could have been nervous. I should have been nervous. I was headed to Washington DC a few weeks ago to repeat a test – CT scan of my chest - three months after my first scan in February showed “something not normal” in two of my lymph nodes under my clavicle. February, I had been complaining of a cough and of a tightness in my chest. A few times, I actually came close to asking Liz to take me to the ER (no joke) because I was having such breathing issues.


I was told by my oncologist if I should ever have “symptoms” that last a week or two, I should bring them to her attention. So, after a few weeks of feeling this as if I was either having a heart attack or my lungs were collapsing, I finally mentioned it to her. Previously, it should be known, I voiced my opposition to the “standard of care” given to breast cancer patients who just finished chemo.  That standard of care is basically composed of kicking you out of the nest that is constant attention and hands on by the medical team for six or so months while they inject poison into your system that makes your hair fall out (which turns out to be the least of your worries) and then telling you to “go live your life”.  Oh, and come back and see me every three months for blood work and a chat on how you’re feeling. AHHHH! Couldn’t they put me in a scanner, I replied? Couldn’t you shove me into an MRI machine and ENSURE my cancer hadn’t returned?  For crimeny sake, I did not know I had cancer the first time!  How the hell am I to know it’s come back?!?! 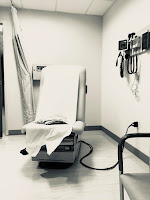 Anyway, she heard me (as it turns out, I’m not the first of her patients to have such a meltdown. I was assured most of us – apparently - have similar reactions), but she was staid fast on the “NO SCANS” sign she posted in her front window the day I graduated from chemotherapy, patted me on the head as she scooted me out the proverbial door.


So I complained.  And I explained these were real feelings. And I looked scared.  She heard me and agreed to CT my chest and figure it out. This was February of this year.  I had just finished my “extra curricular” rounds of chemo (Xeloda). Surely, some of that poison was still in my system, hunting down any stray cancer cells in my body.  Surely, cancer couldn’t have come back THAT soon? Yes. Yes, in fact, it could.


The “good news” was my lungs were clear as clear can be!  The “bad news” was they saw what appeared to be two slightly enlarged lymph nodes under my clavicle.  Ugh. They were too small to see in a PET Scan, too small to biopsy.  All that could be done was to WAIT three months or so and have another scan to see if they grew, or changed in anyway. Really?  That’s the answer? To wait?  Wait to see if they grow? I hate cancer! I just hate it. By the way, as soon as I knew my lungs were fine, my “symptoms (the coughing, the tightness, the feeling of needing to go to the ER) all just disappeared. Went away. Your mind is a powerful friend and/or foe…..more on that later. 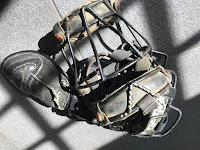 Three months has past. Three months of waiting. Of pushing the anxiety and the fear down into some other compartment in my head. I started mediating regularly - like EVERY day. Which has helped a great deal. I needed a distraction – and a prescription of Xanax – to make it through this. Oh, so we moved. We sorted through 30 years of living our lives in DC, and we tossed out, sold, gave away almost everything! My crap went beyond 30 years as I discovered grade school report cards, high school Year Books, old catcher masks from a time well-remembered, and grade school report cards in my stash in the attic. We then piled our 12-year old vizsla into the back of the SUV and conjoiled a good friend to join us on the two-day, two-vehicle, totally uprooted drive to Fort Lauderdale.  That whole thing was distracting, I supposed. 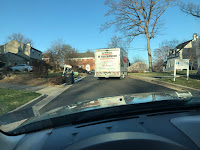 Now, I’m back in DC. Back to the “bubble” of political upheaval, stress, traffic, congestion, yuck. Back to have another scan of my chest. Back to see if cancer has returned.  How wonderful.


So I should have been nervous.  “It” even has a name, scan-xiety. The fear of the scan. What it can tell you. Cancer has returned. You are now incurable. You are now stage four. (there are no more “stages”, BTW). You have metastatic cancer. So, sure all that can provoke anxiety. For sure. I should have been nervous. Scared out of my wits. Frightened and losing sleep. Remember, I wanted to be scanned A LOT when I finished chemo. I haggled with my oncologist about it. I wanted something to tell me I was cancer-free. I wanted something to look inside my body and tell me it had not returned to my liver, my lungs, my kidneys, my bones. What I didn’t know (but the doc was genius to) every scan turns up something. It may not be cancer, but nevertheless, you’ve now jumped down the rabbit hole of the “unidentified spot” and chasing after the truth (meaning additional tests to check out the previous tests) now commences.


I went alone to DC. My wife is busy keeping a roof over my head and my belly full.  I haven’t worked in almost a year now. We were grateful she could keep her job in DC and work remotely. This was key to our decision to move away from DC and the stress of living in the DC metro area. So I came back alone.  I went to my appointment alone.  I could have asked any of my friends to go with me and I know they all would have, but I didn’t.  I wanted to face this alone. I wanted to stare down my fear (this time) alone.  I felt confident and strong – regardless of the outcome. I knew – no matter the result – I’d be ok. 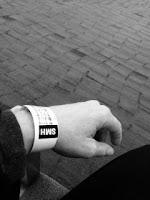 Off to the hospital I went. This is a VERY familiar place. Almost comforting to be there.  I traveled down the elevator to the ground floor where the Imaging Department of Sibley Hospital is located. I checked in and took a seat. All pretty standard. After all, I just went through these steps three months ago. All very familiar.  Then a nice gentlemen walked up to me, knelt down and hands me a bottle of some pre-mixed (berry favored) drink and tells me I’ll need to drink it… and there’s another one behind it.  It tastes ok. It’s tolerable. It’s berry favored.


Several minutes later, the kind woman who started my IV the first time comes out and ushers me back to the department. She pricked my finger to ensure my kidney levels are strong enough to handle the “contrast” that’s about to enter my body via the IV. It’s the contrast dye that will “light up” anything unusual in the CT scan.  The berry flavored drink will do the same in my abdomen.  You see, not only am I repeating the chest CT of a few months ago, I’m also attempting to qualify for a clinical trial in Miami. To be accepted, you have to show you have no evidence of cancer. Thus, additional CT scans of my abdomen and pelvis region were ordered.  Do it all at once, I asked…


My IV line in, she took me to the room with the big machine. It’s a tube, really. You lie down at the front end of it, covered in warm blankets. Told to put your arms above your head (not as easy for me these days), close my eyes, and the tech hooked up my IV to a machine that administers the contrast dye. “You will feel a sense of warmness, like you are peeing your pants. But you are not”…..hmmmm yes, I remember that.

The machine doesn’t make any sound as you simply slide in and out of it. Asked to hold your breath a few times.  Gratefully, it’s not like an MRI machine that beats and hums and whizzes at ear-splitting levels for 45 minutes. No, this is quite civilized. After about 5 minutes I’m done. Out of the machine (I didn’t even have to change into a gown) and headed out of the hospital. In two days I meet my DC-based oncologist for the results.  I drive a car- borrowed from a good friend - to the home of other good friends who agreed to put me up for the week, and we share a meal, a few drinks, and a few laughs. The next day, I'm lying in a chair, shirt off, getting the line work done for my chest tattoo. Hey, when time could be your enemy, you don't wait.