SO, you want to be in a Clinical Trial (prt Two)

So here we go with some medical jargon. Please try and keep up. It’s important and fascinating stuff. I must warn you, though, it is complicated. But bear with me.


Ok, so a bit about your immune system. According to Dictionary.com, “your immune system consists of lymphocytes – or T cells - developed in the thymus, that circulate in the blood and lymph system and orchestrate the immune system's response to infected or malignant cells, either by lymphokine secretions or by direct contact. “Helper T cells” recognize foreign antigen on the surfaces of other cells, then they stimulate B cells to produce antibody and signal “killer T cells” to destroy the antigen-displaying cells. Subsequently “suppressor T cells” return the immune system to normal by inactivating the B cells and killer T cells.” Wow!. Did you have any idea all this was going on inside your body when your nose begins to run, and you feel like crap? 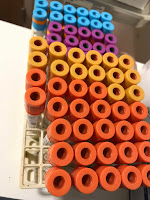 Still with me? Alright. Now we go even deeper into the molecular level. Hang tight. From Cancer.gov: “Folate Receptor alpha (FRa) is a protein and a member of the folate receptor family; this receptor is overexpressed in a majority of ovarian cancers and in about 50% of breast cancers – including Triple Negative Breast Cancer - and is associated with cancer recurrence”.


Oky doky. Now that we have some background from which this vaccine was formed.....From the company who developed the vaccine: “TPIV200 is a multi-epitope, peptide-based cancer vaccine that has been shown to induce a robust and long-lasting “memory” T-cell immune response directed against folate receptor alpha (FRa), a molecule that is overexpressed on the surface of the vast majority of TNBC cancer cells and is associated with cancer recurrence. TPIV200 is uniquely able to stimulate both “helper” T cells and “killer” T cells to target tumor cells…”


I truly believe this is the future of cancer treatments. Stimulating your own immune system to hunt down, target, and kill cancer cells. I’m excited to be a participant in this trial. As with any clinical trial, no one knows if this vaccine will work. The trial is set up to test a theory. A strong theory, but just a theory none the less.


I am involved in the second stage of this trial, which began recruiting participants in early 2018. Phase One of the study – which completed in 2017 and published results in early 2018 - showed that 90% of the participants developed a “robust and durable” immune response against FRa, and that the vaccine was well-tolerated”. Pretty good so far...now, to see if it works! 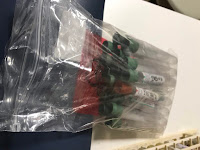 Phase two of the trial is looking to enlist 280 participants and is sponsored by Mayo Clinic. Keith L. Knutson. Ph.D., Professor of Immunology in the Department of Immunology, and Edith A. Perez, M.D., Professor of Medicine in the Division of Hematology and Oncology, both at Mayo Clinic’s Florida campus in Jacksonville, Florida. The University of Miami's Sylvester Cancer Center, where I receive treatment, is one of several satellite locations around the country for the trial. 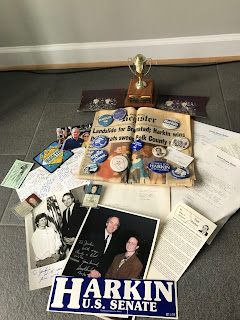 DOD BCRP’s unique grant structure allows it to fund innovative, high-risk, high-return research and quickly respond to current scientific advances. In addition, the DOD BCRP can fill gaps by focusing on areas of research that are promising but otherwise underfunded. 90% of the appropriated funding goes directly to competitive, peer-reviewed research grants awarded to the best science. And it has produced extraordinary results. From new methods of extracting breast cancer cells at their earliest stages, to unprecedented research into gene/environment interaction, to quality of life issues, the DOD BCRP leads the way in generating new approaches to breast cancer prevention and treatment. It has produced fascinating insights into the biology of breast cancer and has directly impacted lives through the research it has funded, such as the revolutionary work that led to the development of the innovative drug Herceptin.”