Yesterday, breast cancer took the life of my friend.

We met online in a Facebook support group for Triple Negative Breast Cancer survivors. I immediately took to her and to her story and she to mine as were diagnosed with TNBC at the same time, January 2017. She lived in the Syracuse, NY area where my wife is from.

We followed each other’s journey, offering advice and support when we needed it, and generally staying in touch. I felt I had a partner through all this, someone who truly understood what I was going through and how I was feeling.  She was a nurse and had a nurse’s caregiving and nurturing side to her that made me feel heard and supported when we talked. She also liked MMA fighting and Las Vegas, where she and her fiancé managed to visit a few weeks ago. She was a well-round person for sure.

By all accounts she was kind, she was caring, she was brave, she was strong, and she was determined to live. She was 38 years old.

Last fall, we struggled through the “extra credit” chemo, Xeloda, together as neither of us were pCR (Pathological Complete Response) to the initial rounds of chemo. She struggled more than I with the side effects and decided to end her treatment a few weeks early. I understood, and she was at peace with her decision. She was ready to get on with living. 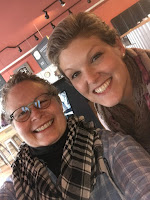 We met in person only once. I met her for coffee when Liz and I were in Syracuse visiting family in November 2017. We talked about our cancer journeys, but most importantly we talked about our lives. Our loves. And our hopes for the future.

She and I stayed in touch over the coming months. She was excited about plans to travel to Las Vegas in July with her fiancé. She loved spending time with her family, her dogs and her cats. She was organizing a fundraising drive for ovarian cancer. She was returning to her life.

She spoke of her pain. Her shoulder was excruciating. Her liver was insufferable at times. She and her fiancé were planning that trip to Las Vegas and she was bound and determined to go before her life-long treatment – more chemo – would begin.

She went on that trip to Vegas in early July, and from what I saw, while still in pain - particularly her liver - she thoroughly enjoyed herself.  She somehow pushed aside the terror of metastatic breast cancer for a few days and just lived. It makes me happy to know she had that time, in that place, with her love. 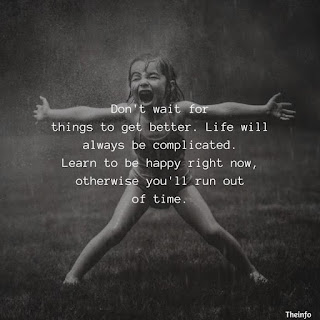 July 15, she posted for the last time. It says it all.

July 21, I sent her a message that I was thinking about her. That she need not respond. Just know I am here and with her.  I had received many messages like this when going through chemo from friends and family. There was no pressure to respond, just to know. They gave me comfort that the strength of someone else just having me in their thoughts would carry me forward. I wanted that for her that day. She saw the message, but never responded.

August 1, she passed away. The details of her final weeks are not clear to me. And I’m not sure they matter that much. Each of us have a common, yet separate journey with cancer. The disease affects us all similarly, yet a bit differently. What is important is she fought for her life. She wanted to live. She DID live. She was a good person while on this planet. She left an ever-lasting impression on me.

I am heartbroken for her family and her fiancé. I am angry and scared for myself and others with cancer. The disease never truly leaves you. The impact it has on you is life-changing. Somehow, we struggle and find a way to remain positive and brave, and live with cancer.

A wise woman said to me this morning in response to my telling her I was at a loss for what to do now, in the face of my friend’s passing. She said, “Be her voice.” I intend to do just that. Rest in Power and in Peace, my sweet friend. Fuck Cancer.
Posted by JJB at 7:05 AM