So, let’s test my concern that perhaps race has had a negative factor in the knowledge of and treatment of Triple Negative Breast Cancer (TNBC) – and learn together along the way - shall we? So what do we know about triple negative breast cancer (TNBC)? Well, we know that approximately fifteen (15%) of all breast cancers are TNBC. It is known as an “aggressive” type of breast cancer – mainly because it has no known treatments other than chemotherapy. And twice as many Black and Brown women are diagnosed with TNBC than white women.

Breaking that information down a bit, we now on the whole it’s a small % of breast cancers, its aggressive – due to lack of treatment options, and there is an awful high chance (twice as high) that if you are a women of color and are diagnosed with breast cancer, it’s gonna be TNBC.

According to the National institutes of Health’s National Library of Medicine (ww.ncbi.nlm.nih.gov), humans have known about breast cancer for a very, very long time. Medical texts from as far back as 3,000–2,500 B.C.E. mention the disease. In ancient Greece, Hippocrates described the stages of breast cancer in the early 400s B.C.E. 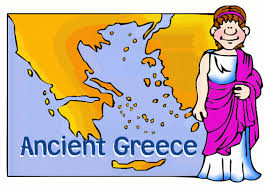 The first mastectomy was performed in 1882 and in 1898 thanks to the research of Marie and Pierre Currie, radium was added to treatments. Oh, and it took 50+ some years for medicine to develop a “less disfiguring” way to surgically treat breast cancer in 1932.  See what I mean? I’d lay money on if this disease affected men and the treatment was disfiguring (particularly in the you-know-where-area), it would NOT have taken 50+ years for men (mostly) to develop better procedures. And this. This is my fear about MY disease. If my disease is more commonly found in people of color, how long will it take for research and treatments to catch up when said research and treatments are being conducted and funded (mostly) by white people?

Then, for an amazing twenty years from 1978 to 1998 - beginning with the FDA approval of the drug Tamoxifen in 1978 for use in breast cancer treatment - research and development of treatments and specific knowledge about the many forms and types of breast cancer really took off.  As it turns out, Tamoxifen was originally developed for birth control because it suppresses the development of the hormone, estrogen. As it turns out, approximately 60-70% of all breast cancers are hormone receptor “positive” and so shutting down the production of estrogen, helped to “starve” the disease.  This was an amazing advance forward in treating the majority of women diagnosed with breast cancer.

It took another six years for the discovery of a new gene called HER2 in 1984. Approximately 20% of all breast cancers overly express the HER2 gene. This gene was linked with more aggressive breast cancer because it was not responsive to the hormone receptor treatments like Tamoxifen. The BRCA 1 and BRCA 2 gene mutations were discovered in 1995. These gene mutations can help predict the increase chance of breast and ovarian cancers – particularly aggressive types (but then again, I am BRCA negative, so it is not always the case).

Preventative therapies for breast cancer didn’t emerge until 1996 when it was discovered Tamoxifen also decreases the risk of developing breast cancer in at-risk women.  Whoa. Wait a sec. So it's only been 24 since the development of a PREVENTIVE treatment for a disease that 1 in every 8 women get diagnosed. Additionally, a drug used to target cancer cells over-producing HER2, Trastuzumab, was approved for preventative therapy in 1998.

No mention there – in those 20 years or at any time in history - about triple negative breast cancer.  Remember, “triple negative” means no hormone receptors are expressed – so the known drugs that suppress those hormones are ineffective. And the disease does not express the only other known indicator the HER2 gene, so any therapies used to suppress that indicator are also ineffective. Therefore, TNBC remains a very aggressive cancer, accounting for a disproportionate number of metastatic cases and breast cancer deaths.

The optimistic part of me thinks well, perhaps medicine – much like power companies - choose to focus “fixing” the big power grids first in their efforts to positively affect the largest number of people at once. I can understand that, unless of course you are diagnosed with the type of breast cancer that affects the smallest % grid of all breast cancers. 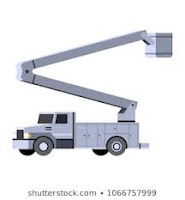 The “glass half empty”, perhaps more woke me thinks that perhaps part of the reason little is known about TNBC – it didn’t even have a name until a decade ago, no such discovery of its “receptor” to date, or the development of advanced therapies to keep it at bay, and certainly no known information on how to prevent its occurrence (if you recall that basis on the clinical trial I’ve been enrolled in for the last 2 ½ years is about preventing recurrence) -  might possibly have a bit to do with who is diagnosed with the disease…remember, ”more commonly found in Black and Brown women”.
Woke. Not woke, I can tell you that honestly my first thought did not go to the power company analogy!

So what gives? How does race affect medical research? Has it affected the speed and funding of research about my type of cancer? Hang with me for Part Three coming soon!

Rest in Power, Justice Ginsberg. May your Memory be a Revolution. #RGB