That was just 11 years before my diagnosis.

That discovery was quickly followed by a massive amount of research funds for TNBC. The Komen Foundation, for example, invested more than $74 million in over 100 research grants focused on triple negative breast cancer. The Triple Negative Breast Cancer Foundation teamed up with the Komen Foundation in 2009, pledging a total of $6.4 million over five years to fund research to support the discovery of new TNBC treatments. That may sound like A LOT of money and for sure, it is.

Overall, breast cancer is one of the best research-funded diseases in this country. According to Cancer Health (www.cancerhealth.com), breast cancer research received over $460 million for research. That figure is twice as high as the next highest-research-funded cancer, leukemia at $201 million. I fully am aware that I have benefited from such research funding over the years. The past 20 years uncovered so much about breast cancer. Those discoveries are a direct effect of funding for research and clinical trials. I wanted to very much further that work and my participation in the TNBC clinical trial serves this purpose for me.

And the discovery of TNBC, the focus on the disease, the funds for research and trials, and the success of the research all seem to be paying off!

In 2011 – just 5 years after the discovery of TNBC - six different subtypes of TNBC were identified by a project, led by Komen Scholar Dr. Jennifer Pietenpol and funded by Komen and the Milburn Foundation. As of 2017, several clinical trials are now underway that will test new, targeted treatments for the TNBC subtypes. 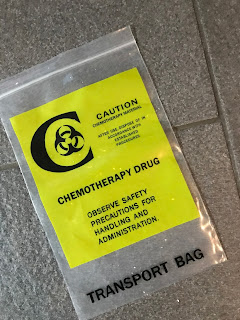 Just FYI, I do not know my TNBC subtype. I was diagnosed on the crisp of the discovery of the TNBC subtypes and regular testing for the biomarkers was not available. I fell under – as still most TNBC’ers do – with the tried and true but brutal, chemotherapy treatment of an anthracycline such as Adriamycin – one of if not the most powerful chemo drug invented, affectionately known as the “red devil” (its red in color)  - and Cyclophosphamide (the twins otherwise known as “A/C”),  followed by a Taxane, such as Taxol or Taxotere. Eleven years after the discovery of TNBC, I was fortunate to be on the cutting edge – following a successful clinical trial - of introducing to the “chemo party” a fourth chemotherapy drug, Capecitabine, also known as Xeloda.  Xeloda is now part of the standard of care for TNBC patients with residue tumor post A/C, T.

Clearly, the pace of research, thus knowledge about the biological terms of TNBC, has picked up in just the last few years. But back to my original topic of this – now VERY long blog series: WHO tends to be diagnosed with TNBC?  And WHY is that? AND how does that relate to me?

Let that sink in a bit. Of all the Black and Brown women diagnosed with breast cancer, up to 40% of them have TNBC.

Previous studies have reported that Black women in the US are twice as likely as white women to be diagnosed with TNBC. However, a 2019 ground-breaking study from the American Cancer Society (ACS) suggests that saying that all Black women have a higher risk of being diagnosed with TNBC may be too general of a statement. According to ACS, “the study reported the prevalence of TNBC in Black women varies significantly depending on where the women were born. More specifically, Black women born in the US and Western Africa were diagnosed more often with TNBC than women born in East Africa.” 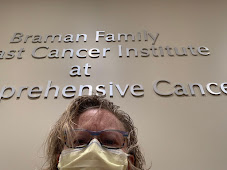 ACS continues, “Unfortunately, there wasn’t enough data to analyze the prevalence rates of Black women born in North, Central, or South Africa. The main limitation of the study was missing information about birthplace. The researchers say it’s important to take birthplace into consideration when studying different types of breast cancer in women of African descent in the US and other parts of the world. This could help cancer experts better understand the diversity of breast cancer among Black women. The authors say their study “calls for a concerted effort for more complete collection of birthplace information in cancer registries.””

So, I don’t know. Was the slowness surrounding the discovery and subsequent push for research of TNBC because the disease affected a smaller % of breast cancer patients on the whole than other types of breast cancer? Recall the power grid analogy, if you will.  Was it because a drug, Taxoifen, was already used in women for birth control and thus was an “easy” treatment win for some types of breast cancer but not for TNBC? IN other words, had that drug-relationship in women not already been made, would it have taken longer for the first breast cancer treatments to arrive? Did the pace of research and knowledge of TNBC have anything at all to do with WHO was more commonly affected with TNBC?

Maybe a combination of all factors.  Maybe.

What I do know is, widely speaking, Black people die from disease in far larger numbers than white people who have the same disease.  And so, the remainder of this post will be about the education of these facts. To better myself, my anti-racist self, I will use my voice to speak truth on this. I hope you will continue to read on and join me on this journey. 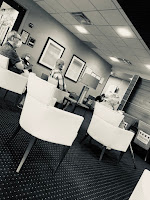 Dr. Clyde W. Yancy, MD, associate dean of clinical affairs and medical director for heart failure/transplantation at the University of Texas Southwestern Medical Center, tells WebMD, “all humans have the same physiology, are vulnerable to the same illnesses, and respond to the same medicines. Naturally, diseases and responses to treatment do vary from person to person. But, he says, there are unique issues that affect Black Americans.  Genes definitely play a role. So does the environment in which people live, socioeconomic status -- and, yes, racism.”

Dr Yancy continues, “We must recognize there are some arbitrary issues that are present in the way we practice medicine and dole out health care. It forces us to think very carefully about the very volatile issue of race and what race means. At the end of the day, all of us acknowledge that race is a very poor physiological construct. Race is a placeholder for something else. That something is less likely to be genetic. It is more likely to have to do with socioeconomics and political issues of bias as well as physiologic and genetic issues that go into that same bucket. Some racial differences are more nuances. But there are issues of disparity and there are issues relative to racism that operate in a very broad context."

What I can do is use my voice, my blog, to talk about the diagnosis and outcome disparities between white women with TNBC and Black women with TNBC. Because they are stark. Even though as Dr. Yancy says, “all humans have the same physiology, are vulnerable to the same illnesses, and respond to the same medicines”.  Outside factors such as systematic racial inequalities to access and/or affordable preventative and general health care should be considered. And certainly the lack of medical research focusing on why these disparities exist and how to resolve them needs to be highlighted.

Just as the discovery of TNBC in 2006 spearheaded a massive amount of funding and knowledge about TNBC, so may the knowledge, acceptance, and actions to reverse the health effects of racial inequalities in this country provide an avenue and an opportunity to close the diagnosis and survival gaps. Everyone - everyone - living with Cancer has HOPE for a cure, HOPE for the speed and success of medical research, HOPE to live a long life. 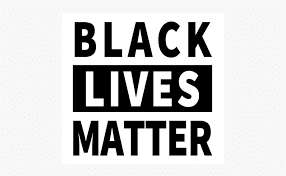 It seems I have more in common with Black and Brown women after all. Perhaps we ALL do.